Skip to content
Uncategorized
For one part of Birkenhead, it is the day after the Bonfire Night before.

The charred remains of a massive blaze on land in Ilchester Road remains scattered around the area today.

New pictures show the rubble scattered around the park, right next to a children’s play area. 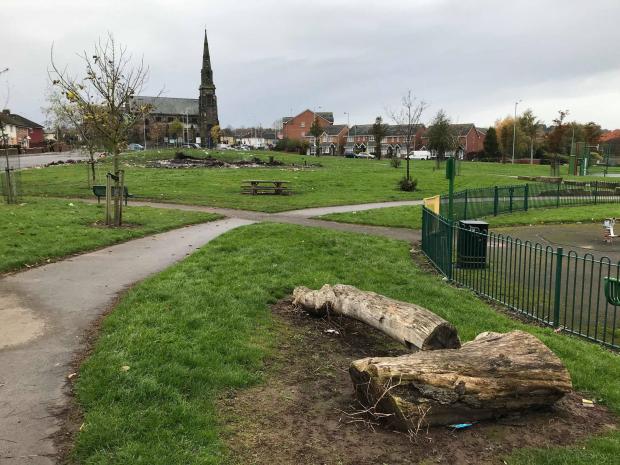 Beer bottles, fireworks and shopping baskets are strewn across the park and at midday today the bonfire had not been entirely put out.

Yesterday, some expressed concern about the safety of the bonfire, but those who attended thoroughly enjoyed their evening.

Crowds of people could be seen listening to music and enjoying the spectacular blaze.

Earlier in the day, one local resident contacted the LDRS to express his concerns about the bonfire.

They said: “[My worry is] safety if anything.

“There were vans and cars lining up, dropping all their rubbish off and kids were climbing to the stop to stack sofas.

“If they set that on fire with the sofas being unstable, then a sofa could drop on one of them and if it was on fire well then he’d be in trouble.”

On the clean-up effort, Merseyside Fire and Rescue said they were working with partners, including Wirral Council, to clear up the mess and that they had mobile units going around Merseyside making sure last night’s bonfires were put out.